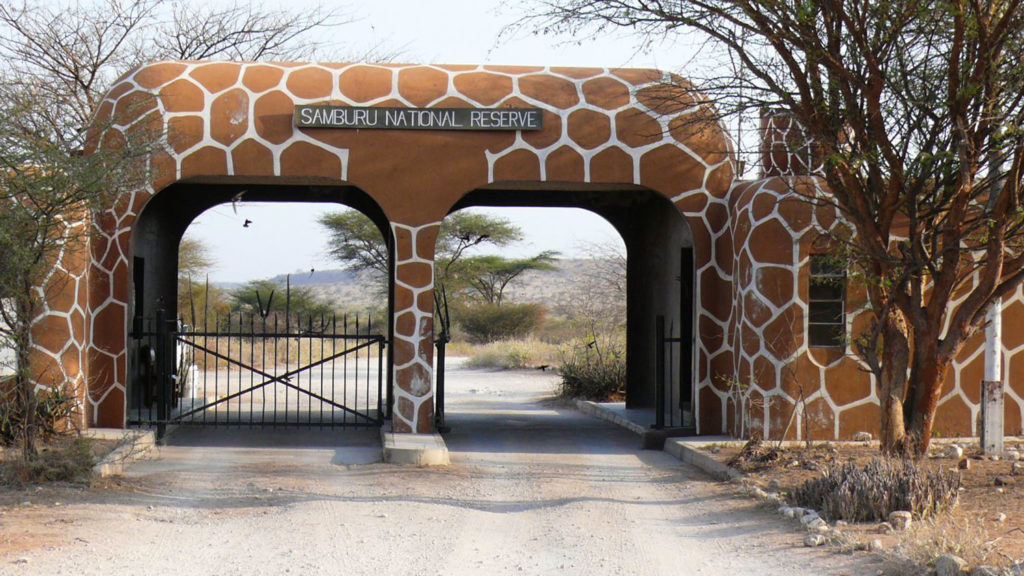 Samburu National Reserve was started in 1985 on a 165 square kilometer land conquered by endless skies, dust-red plains and palm-fringed rivers on the vast and arid desert best known then as the Northern Frontier District adjoining Shaba National Reserve and Buffalo Springs National Reserve all forming an area of wildlife concentration with its landscape made up of rocky battlements, craggy scarps, dry river beds and fallen boulders rising out of the thorn scrub against a backdrop of the far-distant hills and the red tabled Mount Ol lolokwe.

Wildlife
Samburu’s wildlife species does not start without mentioning dozens of the elephant species available, buffaloes, impalas, hippos, generuk, cheetahs, zebras and rare Beisa Oryx that attraction thousands of tourists to this wilderness.

Game Drive/viewing
A game drive opens up several chances of viewing the wild game like the rare Beisa oryx, gerenuk, the reticulated giraffe, large elephants and Grevy’s zebra among other land dwellers that the park hosts during morning, full-day and afternoon game drives designed by the park authorities. Additionally, visitors explore Samburu county’s main wildlife sanctuaries like the Shaba and Buffalo Springs reserves which make up a large wildlife protection area in the northern part of Kenya.

Birding
Somali bee-eater, Golden pipit, Rosy-patched bush-shrike, Golden-breasted starling, The Somali ostrich and White-headed mouse bird are some of the bird species to make your birding time an amazing experience as you engage in photography on foot amidst a very scenic landscape.

Camel Ride Experience
Samburu’s wildlife survival and existence for years has depended on the Ewaso Nyiro River as it meanders throughout Samburu National Reserve availing its banks as an evergreen grazing spots for the wildlife like the elephants, hippos and a relaxation ground for the crocodiles of the Ewaso Nyiro river. Camel riding along the Riverbanks brings to all these amazing animal and bird species along the banks in the company of a professional game ranger guide.


Cultural Interactions with Samburu People
Cultural interaction is an amazing activity here for the visitors to learn about the Samburu culture and traditions in their homesteads, nomadic way of life and taking part in their daily traditional activities within homesteads like goading cattle into the pen, making traditional ornaments and milking goats.

Hiking/Mountain Climbing
Exploration of the beautiful Mt. Ol Lolokwe comes with an adrenaline awakening activity of hiking to the top of the mountain to witness the aerial view of Samburu County and the flora and fauna of the park consuming up to about 5hours of your time while climbing.

To explore Samburu’s wilderness on a pocket friendly cost with satisfactory findings during your safari, we at Tristar Africa Skimmer Safaris got you covered so all you have to do is simply call us today on +254-713510387 or send us an email to booking@tristarafricaskimmersafaris.com