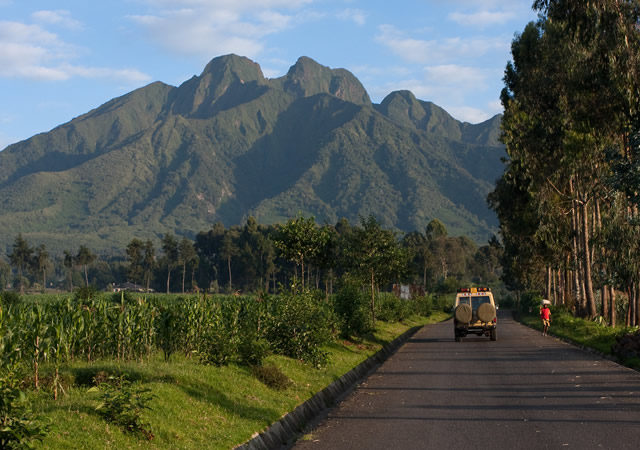 Rwanda is a land locked country in east central Africa known as the land of a thousand hills with Kigali as its capital city. This country is blessed with tribes namely; the Tutsi and the Hutu both speaking Kinyarwanda as their home language. Rwanda’s tourism has improved and increased ever since the genocide took place in the country. This country is a place of history and natural beauty with beautiful attractions including the world’s park for hippos. Rwanda’s culture speaks out what is underneath the beautiful landscape with a culture of great diversity. This country has a variety of physical features with magical climate including water bodies, forests and a number of hills.

History
Belgians conquered Rwanda during the scramble and petition of Africa. Before this petition, Rwanda was a peaceful and a united country with its two tribes of the Hutu and the Tutsi. When the Belgians came to power, they set policies which led to the sparkle of the genocide. The Tutsi were given superior powers over the Hutu which caused a great discrimination in most of the organizations. This led to the genocide and led to loss of so many lives of the citizens not until it was given independence on first July 1962.

Hospitality
Kinyarwanda being the national language of Rwanda, French, English and Kiswahili are the languages used by the –people and they find it easy comminuting with the visitors. The people are so welcoming and appreciative when it comes to nature. Youths guarantee respect to the elderly

Cuisines
Rwandan cuisines are based on the local staple foods which are produced from their own agriculture which is grown from the country’s ethnic groups. The foods include Ibitoke from banana plantains, sweet potatoes, beans and cassava and Ubugali made from cassava or maize. Isombe made from mashed cassava leaves, Ibihaza made from pumpkins and Ikinyiga made from ground nuts paste. Local drinks include Ikivuguto made from fermented milk and traditional beer called Urwagwa which is brewed from sorghum or bananas, Ubuki made from fermented honey which is used on traditional ceremonies. Other commercial beers which are brewed from Rwanda include Amstel, primus and Mutzig.


Music and Dance
The people of Rwanda have traditional dances and songs which are most performed on ceremonies, festivals, social gatherings and on storytelling lessons. The most traditional dance is called the Intore which is performed with three components including the drums, ballet for women and dance of heroes for men.

Clothing
The mishanana ceremonial dresses of women in Rwanda. This dress consists of a wrapped skirt bunched at the hips and sash draped over a shoulder, western dress shirt and a skirt for men. These beautiful and well designed clothes are won on special occasions like the weddings and church sessions.

Religion
Catholicism is the most practiced religion in Rwanda following Protestantism, seventh day Adventist and lastly Islam faith. The constitution of Rwanda gives freedom of worship to its citizens and the right is respected by the government in practice.


Volcanoes National National Park
The park is situated in the northern province of Rwanda (musanze) along the Virunga conservation area and was gazzated in 1925.this Park is a home to endangered mountain gorillas and protects them from poaching in Rwanda and shelters five of the Volcano Mountains including bisoke, karisimbi, muhabura, sabyinyo and gahinga.

Akagera National Park
The park is situated in the eastern Rwanda near the Tanzanian border and was established in 1934 to protect wild animals and the vegetation in the three eco regions. The park is near the Akagera River which flows in the eastern boundary feeding Lake Ihema.

Nyungwe National Park
The park lies in the southern province of Rwanda, bordering Burundi to the south near Lake Kivu and the DRC to the west and was established in 2004 and it’s a habitat for a wide variety of 80 mammal animal species, 270 bird species and over1000 species of plants.

Gishwati Makura National Park
The park is made up of two separate forests, the larger is Gishwati and the smaller is the Mukura and these are homes for chimpanzees, golden, blue monkeys and a place for birds and smaller animals.

Top 5 Exciting Activities To Do On Safari In Bwindi Forest

Top 4 Best Transport Means Of Getting Around Kampala In 2022